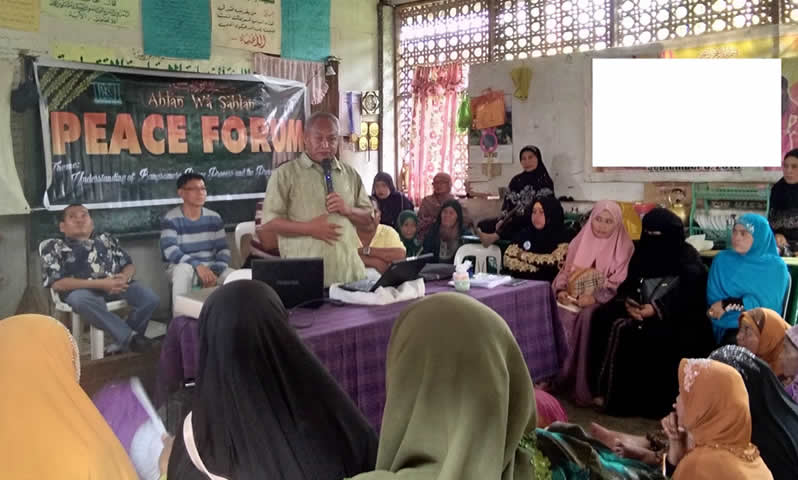 Khairudin Anwar, one of the organizers said that people’s participation in the peace process is the key to a successful political solution to the Mindanao armed conflict.

“It is important to accept an invitation of the other party to enter into peace negotiation in resolving conflict. Negotiation is a democratic way of conflict resolution”, added Anwar.

The Bangsamoro people aspires to have their own government that reflects their culture, belief, customs and traditions.

Abdula said that CAB Compliant Bangsamoro Basic Law (BBL) is the best solution to normalize Mindanao situation where the Bangsamoros suffered for a long time due to armed conflict.

“Passing the BBL as enabling law is a unitary responsibility of the Philippine government”, Abdula further said.

The Chairwoman of the Mamasapano SWC suggested to KPI that there must be a continuous holding of peace forum to further enlighten the grassroots communities on the gains of the GPH-MILF Peace Process, and the status of the BBL as a way of managing peoples’ frustration. 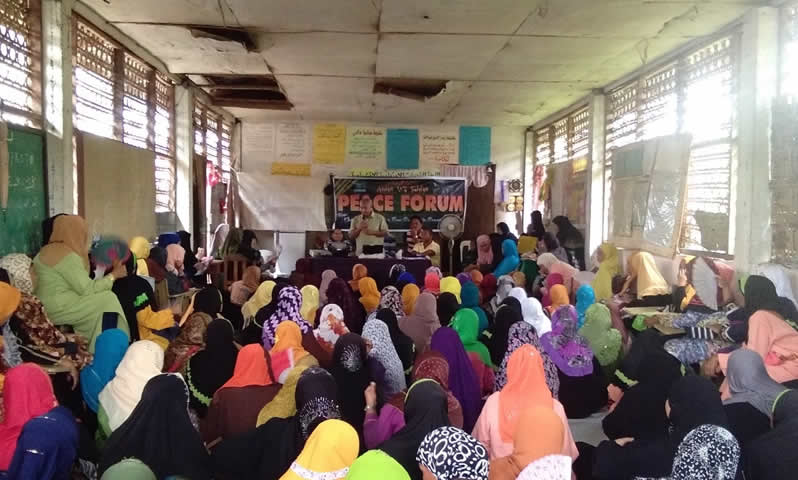 Leaders, and representatives of the Social Welfare Committee, and women sector from the Barangays of Mamasapano, Maguindanao attended the peace forum.

http://www.luwaran.com/news/article/1140/kpi-conducts-peace-forum-in-mamasapano
Posted by Retired Analyst at 7:07 AM