PNP to look for alternative sources of firearms

From the Philippine Star (May 7): PNP to look for alternative sources of firearms 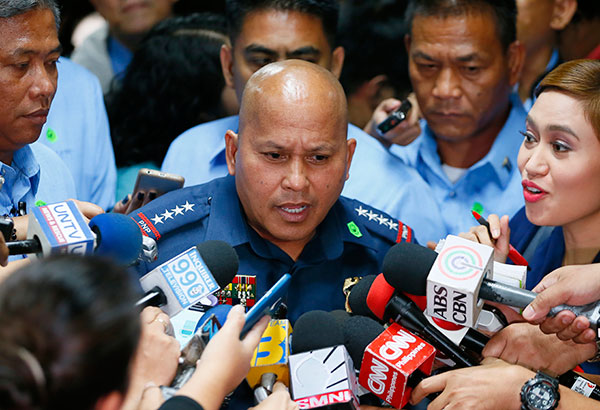 “If we would no longer have those firearms, then we have to shift our focus to other sources of firearms,” PNP chief Director General Ronald dela Rosa said. AP/Bullit Marquez

The Philippine National Police (PNP) will have to look for other sources should the US government pursue its plan to restrict the export of firearms to the country amid concerns over President Duterte’s campaign against illegal drugs.
“If we would no longer have those firearms, then we have to shift our focus to other sources of firearms,” PNP chief Director General Ronald dela Rosa said.
He said China and Russia, among other countries, are offering to sell firearms to the Philippines.

Dela Rosa added Russian President Vladimir Putin had promised Duterte to provide the firearms needed by the police.
“We will look for ways to procure these firearms,” Dela Rosa said.

Two American lawmakers on Thursday filed a bill seeking to restrict the export of firearms from the US to the Philippines.

The two senators proposed to restrict the export of firearms from the US government to the PNP over concerns of violation of human rights in the killing of drug offenders.

Cardin last year opposed the planned sale by the US of some 26,000 assault rifles to the PNP over concerns of human rights violations being committed in Duterte’s drug war.

This prompted the US State Department to stop the transaction.

Dela Rosa, however, insisted the purchase of some P1.7 billion worth of assault rifles from Sig Sauer Inc. will continue.

If the PNP acquires the firearms, it would enhance the firepower capability of its elite units like the Special Action Force.

President Duterte, on the other hand, promised to support the families of PNP personnel killed in action in the war against drugs.

“Your children are assured of education and your spouses will receive insurance benefits immediately. That’s automatic,” Duterte told the regional policemen of the Autonomous Region in Muslim Mindanao (ARMM) on Friday.

Duterte noted the peculiar working situation of the policemen in the ARMM, owing to the presence of armed drug lords and extremists such as the Maute group and the Bangsamoro Islamic Freedom Fighters.

He promised the ARMM police of logistical support to boost their law enforcement operations in the region.
http://www.philstar.com/headlines/2017/05/07/1697502/pnp-look-alternative-sources-firearms
Posted by Retired Analyst at 11:01 PM