From the Philippine Star (Jul 23): BBL re-filed in Congress by Maguindanao lawmaker 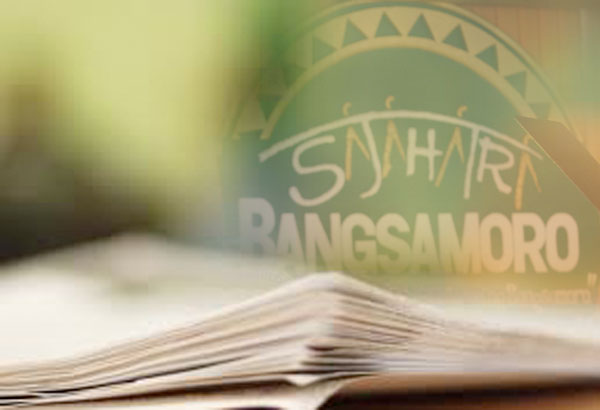 The BBL is the enabling measure for the replacement of the Autonomous Region in Muslim Mindanao with a more politically-empowered MILF-led Bangsamoro government. Philstar.com/File photo


Maguindanao First District Rep. Sandra Sema on Saturday said she has reintroduced to the House of Representatives the proposed law, which solons denied of congressional imprimatur during the time of President Benigno Aquino III.


The BBL is the enabling measure for the replacement of the Autonomous Region in Muslim Mindanao (ARMM) with a more politically-empowered MILF-led Bangsamoro government.


Sema re-filed the archived BBL June 30 yet, but told The Star about it only on Saturday, July 23.


“In a way, my move to have the BBL studied again by the House will show that there is inclusivity now in the effort of the Bangsamoro people to build lasting peace in the homeland,” Sema said.


Sema’s spouse, Datu Muslimin, former mayor of , is chairman of the largest and most politically-active faction in the MNLF, which forged a peace deal with Malacañang on Sept. 2, 1996, while yet a solidly monolithic group led by Nur Misuari.


Sema said the BBL was re-filed in its original format, containing the same contentious provisions which most members of the House opposed for being “unconstitutional.”


The BBL Sema is trying to revive, recorded as House Bill 92, entitled “An act providing for the basic law for the Bangsamoro and abolishing the ARMM,” was reintroduced last June 30, 2016, the first day of filing of proposed laws by legislators.


“We can study again and discuss the BBL provisions that are construed to be unconstitutional,” said Sema, who was elected to a third and last term during the May 9 synchronized local, ARMM and national elections.


President Rodrigo Duterte, who was in Buluan town in Maguindanao on Friday, said he will not oppose the BBL as long as all of its unconstitutional provisions are taken out.


He cited as example a BBL provision providing for the creation of regional armed forces, which many legislators assailed antagonistically in past congressional deliberations.


“We will not need a regional Army anymore if we already have peace,” Duterte said in a message to local officials while in Buluan on Friday afternoon.