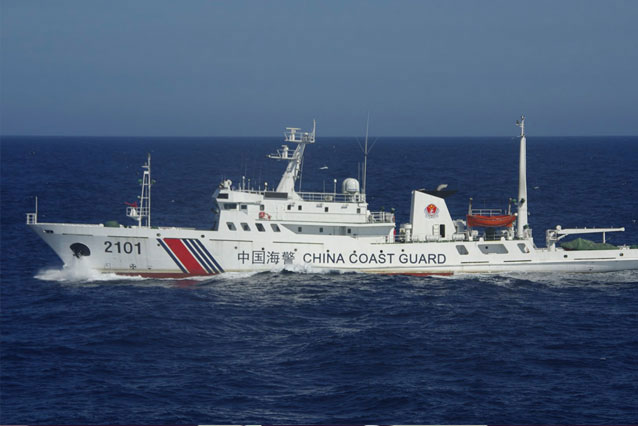 China’s continuing aggressive behavior in the disputed region fell short of an official declaration that Beijing has established an Air Defense Identification Zone (ADIZ) over the South China Sea, similar to what it did over the East China Sea in November of 2013. STAR/File photo

China has imposed a security zone over its occupied areas in the disputed Spratlys archipelago in the South China Sea, challenging a Philippine military plane flying a doctor and chaplain to Kalayaan town on Pag-asa Island last Sunday.

Filipino pilots, however, ignored the threats and maintained their course to land their Islander plane on the island town, according to Fr. Joey Sepe, military chaplain of the Palawan-based Western Command (Wescom).

“This is for God and country despite the repeated radio threats and challenges from the Chinese navy on our plane to go away,” Sepe posted on his Facebook account.

Sepe and a military doctor were among military officials dispatched by Wescom to Pag-asa Island to attend to the spiritual and medical needs of the islanders as well as the 46 student volunteers who sailed and landed in the island town last Dec. 26.

The student group Kalayaan Atin Ito pitched camp in Pag-asa in a symbolic stand against China’s claims to most of the region.

China’s continuing aggressive behavior in the disputed region fell short of an official declaration that Beijing has established an Air Defense Identification Zone (ADIZ) over the South China Sea, similar to what it did over the East China Sea in November of 2013.

According to a senior military official, the Chinese navy has constantly challenged Philippine military planes patroling the country’s 200-mile exclusive economic zone, a large part of which is being claimed by Beijing as an integral part of its maritime domain.

Recently, the Chinese navy also warned and tried to drive away an Australian military plane while on freedom of navigation patrol over the contested region but was ignored, just like what the US planes and warship did while sailing or flying over the area.

Military sources said China’s active air and maritime monitoring in the disputed region are no longer ship- based but through radar domes installed in most of the man-made islands.

China maintained it has no intention of militarizing the region, saying the artificial islands it built on former obscure maritime features in the region are all for civilian and peaceful purposes.

Sepe stressed the islanders in Kalayaan are Filipinos and the island belongs only to God and the Philippines and if there’s one who should leave the area, it must be the Chinese.

“This is our land, these are our Filipino people. They belong to God and they belong to the Philippines. So, China you go away, not us,” he said.

While in the island, Sepe held religious services among the islanders as well as the 46 student volunteers of the KAI movement.

After officiating the delayed mass for Christmas at the island’s rundown chapel for civilian residents, military and Coast Guard personnel, Sepe also baptized five children born in the island, with the Wescom officials, including him, acting as godfathers.

The military, on the other hand, defended the KAI in its visit to the island town.

Taiwan recently opposed the group’s visit, calling it “illegal” and which could impair the peace and stability in the region and infringe on what it called sovereignty.