UP law students push writ of amparo vs ‘AFP spies’

From the Philippine Star (Oct 27): UP law students push writ of amparo vs ‘AFP spies’ 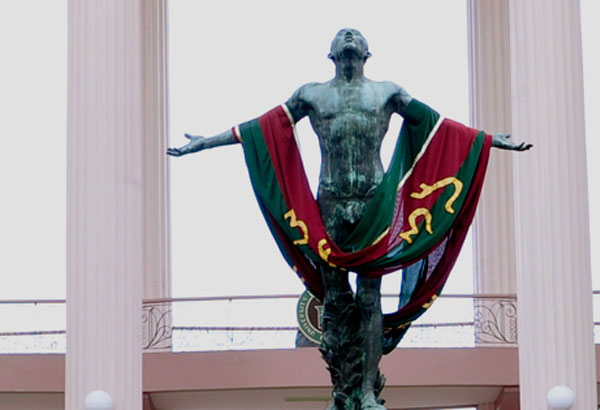 The UP College of Law Student Government called on the AFP to immediately cease all of its surveillance and military operations within the premises of the university “to prevent any further violations of the academic freedom of the University and the right to security of the members of the academic community.” File photo

The University of the Philippines College of Law Student Government (LSG) has recommended seeking a writ of amparo following the discovery of military intelligence officers in UP’s campus in Diliman, Quezon City.

In a statement, the UP LSG urged the university student council to examine the possibility of filing a petition for a writ of amparo for and in behalf of all students of the university.

A writ of amparo is a remedy available to any individual whose right to life, liberty and security has been violated or threatened with violation by an unlawful act.

The statement was released days after members of the UP Diliman police apprehended members of the Armed Forces of the Philippines (AFP) for conducting an unauthorized operation in the campus.

The incident alarmed the UP Diliman administration, with chancellor Michael Tan urging the military to honor an agreement with the Department of National Defense that prohibits the presence of military and police personnel inside the university without prior permission.

The UP LSG called on the AFP to immediately cease all of its surveillance and military operations within the premises of the university “to prevent any further violations of the academic freedom of the University and the right to security of the members of the academic community.”

“If this call is unheeded, we urge the University of the Philippines administration to take appropriate legal steps to ensure the preservation of its academic freedom,” it added.

They said the presence of the military within the campus without a bona fide necessity violates the fundamental right of each member of the academic community to be secure in his or her person.

“The unexplained presence of military elements promotes a climate of fear in the campus and suffocates the distinct spirit of freedom, activism, and civic-mindedness that permeates Diliman,” said the UP LSG.

“Without a disclosed threat to national security, the military’s presence unreasonably prevents students, faculty, and staff from carrying on with their daily lives. More disturbingly, the apparent surveillance operations being conducted by the apprehended military personnel threaten the personal security of its targets,” it added.

Retired Army Maj. Gen. Jovito Palparan is on trial for kidnapping in connection with the disappearance of UP students Karen Empeño and Sherlyn Cadapan in 2006.

Earlier this year, a witness testified that Palparan was behind the torture and rape of the two students.