(4th UPDATE) Australian-born Musa Cerantonio is flown to Manila, and is brought to a Bureau of Immigration facility inside Camp Bagong Diwa in Intramuros 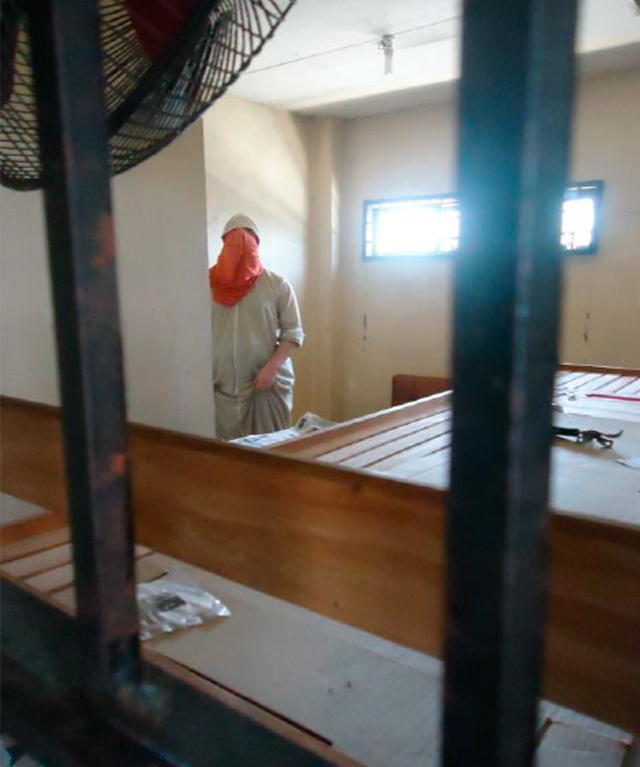 ONLINE CHEERLEADER FOR . Musa Cerantonio after his arrest in . Photo courtesy of the PNP
Cebu police on Friday, July 11, arrested Australian Musa Cerantonio, named as one of the top two most influential jihadist “inspirations” for fighters in Syria and Iraq.

Police Senior Superintendent Conrad Capa, Deputy Regional Director for Operations in Region 7 confirmed the news to Rappler. Cerantonio, police noted, was "a person of interest to the intel community."

The 29-year-old Cerantonio is a Christian convert to Islam who’s using social media effectively to encourage terrorism and urge Muslims to join the jihad in Syria and Iraq.

Philippine and Australian sources earlier told Rappler that the Melbourne-born Cerantonio has been in the Philippines for nearly a year. He earlier tweeted he was leaving the Philippines to join the Islamic State of Iraq and Syria (ISIS).

Watch this report below.

In early June, ISIS militants began their march to capture Iraq’s capital, prompting the United Nations to warn that Iraq’s crisis was "life-threatening."

ISIS is the latest reincarnation of fighters from at least 2 al-Qaeda-linked group. The group traces its roots to al-Qaeda in Iraq, led by the Abu Musab al-Zarqawi, who tried to ignite a sectarian war between Sunni and Shiite – and nearly succeeded.

Intelligence sources earlier told Rappler's Maria Ressa that about 200 Australians, 50 Indonesians and about 20 Malaysians have gone to fight the jihad in Syria. Singapore said it’s investigating one Singaporean, while a Filipino intelligence source said at least one Filipino linked to Abu Sayyaf has gone to Syria. (READ: Southeast Asian jihadists join ISIS)

Capa said Cerantonio was served a warrant for deportation issued by the Bureau of Commissioners dated July 10, 2014. He was nabbed at around 5:30 am Friday at Barangay Ibo in Lapu-lapu City.

Cebu police have been tracking Cerantonio since last week, but initial tracking began around February or March this year.

Cerantonio did not put up a fight after seeing police outside his apartment in Lapu-lapu. He has thus far refused to speak to police. 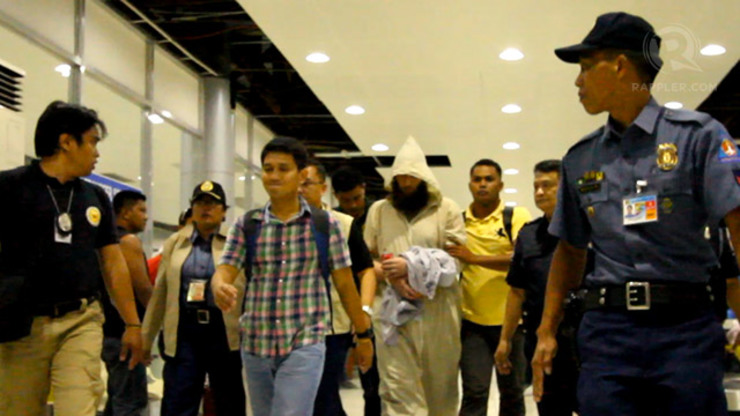 ARRESTED. Australian Musa Cerantonio was flown from Cebu to , where he will be brought to Camp Bagong Diwa. Photo by Edwin Llobrera

It was earlier reported that he would be brought to the Philippine National Police headquarters Camp Crame and later, the BI facility in Intramuros.

Also arrested was a certain Joean Navarro Montayre, a 32-year-old Filipino national from Candoni, Negros Occidental. Montayre was with Cerantonio at the time of his arrest and is also wanted for estafa. The female suspect was brought to the Mandanue city jail, police said.

Police recovered several SIM cards, cellphones, and other electronic devices during the operation. Cerantonio and Montayre had with them their passports and more than P14,000 in cash, as well as money in different currencies.

Capa is no stranger to high-profile arrests. He used to head Task Force Tugis, a group tasked to track down the PNP’s most wanted. Capa led the arrest of businessman Delfin Lee earlier this year.

Barely a week after Lee’s arrest, Capa was relieved and moved to Cebu.