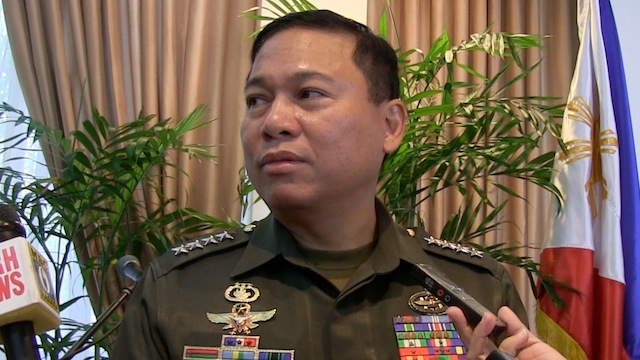 Bautista said their timeline to finish insurgency remains on track. The military is under pressure to address the new challenges of defending the country's maritime territory in the face of China's aggressiveness.

READ: PH should 'raise its game' in dispute vs China — US experts

The Zamboanga City crisis was declared "over" on its 20th day, September 28, although firefights continued between government forces and what it considered "stragglers" — MNLF remnants who were able to hide in the houses that survived the fires.

Responding to criticisms, Bautista said it was the "concern for hostages" that "delayed" the resolution of the crisis. "That was the primary reason why it took that long. We were very deliberate to make sure the hostages are not harmed," he said.

Based on government statistics, 195 hostages were rescued. Two were killed and 7 were wounded.

"By any standards, I think that is a good accomplishment on the part of the mltiary," Bautista said. 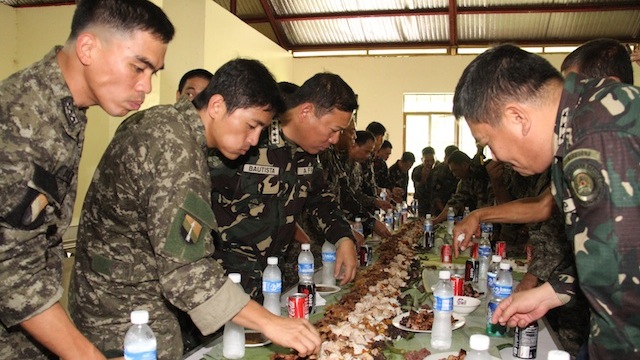 The Philippine National Police has taken the lead in the clearing operations. Cadavers of suspected MNLF members and unexploded ordnance have been recovered.

But Malik, who led the siege, remains unaccounted for. "We have not identified Malik among the dead bodies. Until we find a body, we're not saying that he is dead," said Bautista.

He added that MNLF fighters in Zamboanga led by founder Nur Misuari have been "decimated." President Benigno Aquino III himself earlier expressed confidence the MNLF no longer have the capacity to launch similar attacks.

http://www.rappler.com/nation/40622-armed-forces-chief-bautista-peace-process
Posted by Retired Analyst at 10:39 AM