From the Mindanao Examiner (Aug 31): ISIS owns up daring prison raid in Philippines 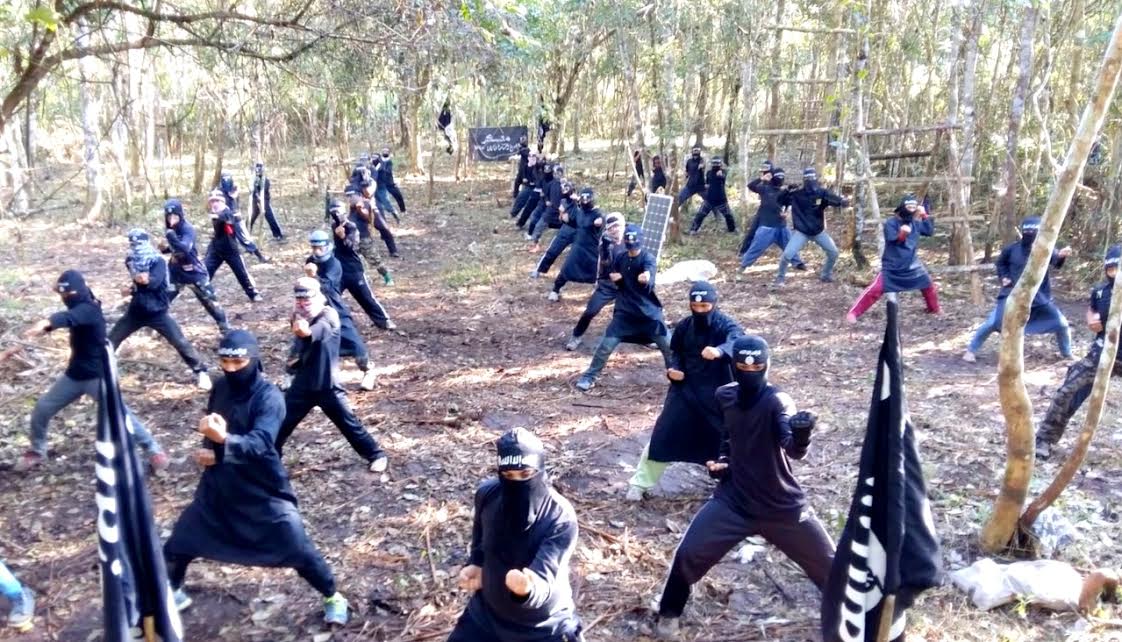 Members of the Khilafah Islamiyah Movement and its shadowy group Ghuraba (strangers) train their fighters in Lanao del Sur province in the Muslim autonomous region in Mindanao in this screen shot from the propaganda video of Islamic State in the Philippines. (Mindanao Examiner)

The Islamic State in and Iraq (ISIS) has claimed responsibility for the daring raid on the provincial jail here that freed 30 prisoners, including 8 members and their wives.


“Fighters from Islamic State stormed a prison in in  on Saturday, south of the country, and were able to free 30 prisoners and seizing weapons,” Amaq news agency reported.


It added that “30 fighters carried out the attack and were able to release 30 detainees, including fighters from the Islamic State and their wives. The fighters of the attack and all the detainees, who were freed, arrived to safe places without injuries.”


All escaped jihadists have been identified by authorities as Hashim Balawag Maute, Abdul Jabbar Tominaman Macabading, Jamil Batoa Amerul, Muhammad Sianodin Mulok and Omar Khalil; and Hafidah Romato Maute, Norhanna Balawag Maute, who are sisters of the Maute group leaders Abdullah and Omar Maute; and Nasifa Pundug believed to be wife of a senior KIM member. They are all members of the Islamic State Ranao.


Security forces arrested the jihadists on August 22 after stopping their van at a road block in Lumbayanague town near the town of while attempting to transport improvised explosives and weapons. They also admitted during interrogation that they were on a mission to bomb civilian targets in the cities of Iligan and Cagayan de Oro.


Both KIM and Maute group pledged allegiance to the .